Dreaming of a Future of Promise

The war in Ukraine has caused so much damage to the region and its people. Many lives have been needlessly lost, and many cities have been turned into rubble. Yet our Orphan’s Promise staff, teams and volunteers have continued to bring the Light of the World into the darkest places. Many projects and initiatives have stayed open, serving the communities despite the danger that surrounds them. We are truly in awe of our Orphan’s Promise family and honor the sacrificial work they do.

Here is a story of one child whose life has been forever affected by the ongoing work of Orphan’s Promise in Ukraine.

Vitaly was born into a low-income Roma family in Ukraine. He is one of six children and, as part of the Roma culture, the elder children are often raised by their grandmothers. So from an early age, Vitaly was separated from his mother and father.

Although his grandmother did her best, the separation from his parents meant that Vitaly struggled emotionally and was often upset. He was a smart kid, but he was not engaged in school.

Then, Vitaly was introduced to an Orphan’s Promise School of Life program in his local area. These projects and training centers seek to provide access to education for the Roma communities. The children are taught basic skills, and through mentorship and discipleship children are given the opportunity for a different future. While instilling godly principles and values in the children, our Orphan’s Promise teams also provide hot meals every day.

Vitaly wanted to attend the school, but it was not easy at first. Due to his emotional struggles, Vitaly would often become upset or offended by interactions at school. Because he did not yet have the tools to cope with the new environment, he would come home saying that he would not go to the center anymore, because everyone is against him.

Despite these initial difficulties, he persevered. And with the patient love and support of the team, God began to change Vitaly.

Through the Word of God and the explanation of the Gospel, Vitaly began to realize that people were not against him and that God was for him. 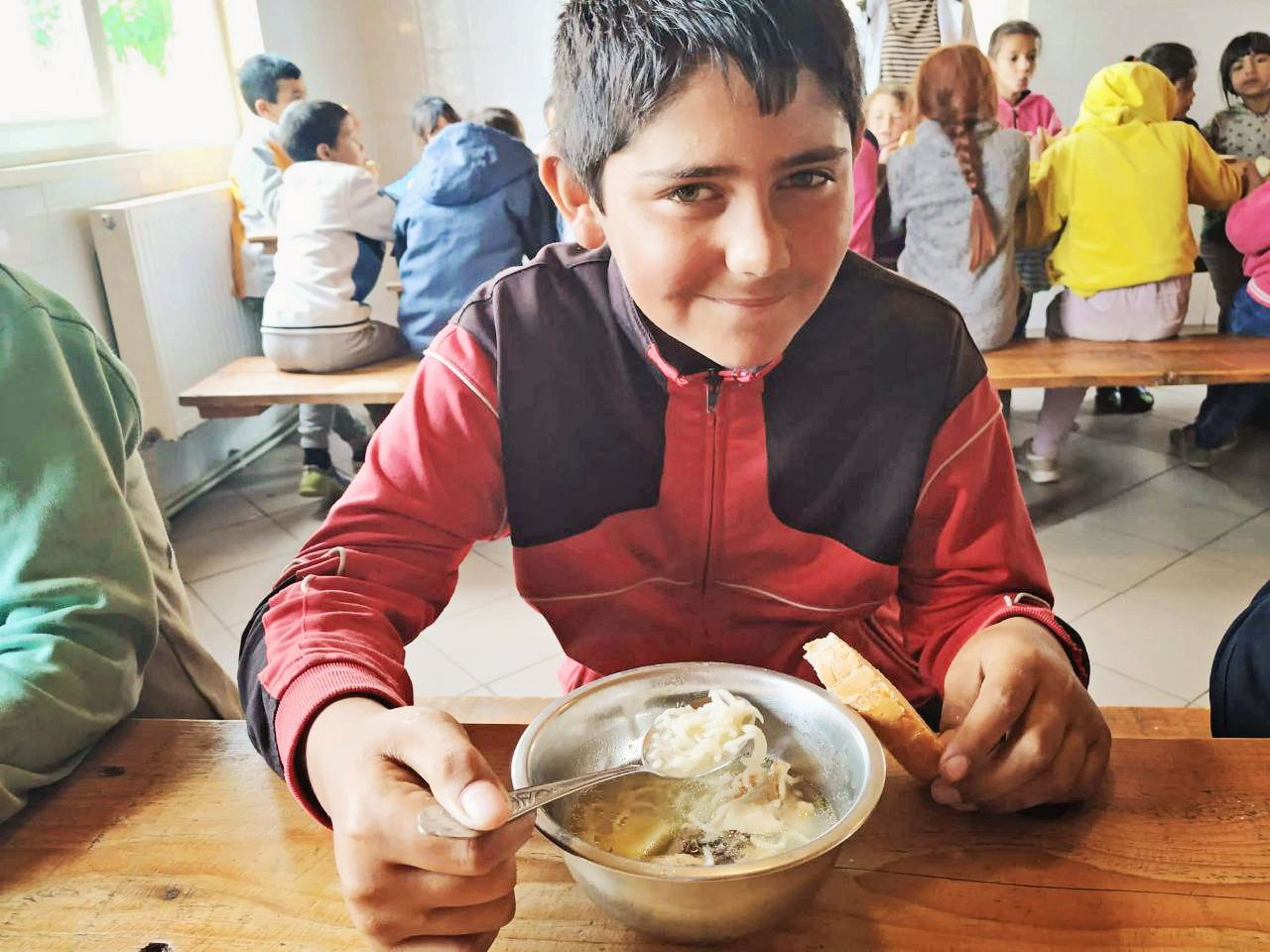 As this truth settled into his heart, Vitaly became more open and friendly. He was also more focused in school. Conflicts between other children lessened, and he began to help those around him.

Soon, his schoolwork improved, and an interest in technology was seen by the team at the center. His thirst for knowledge in the area of computers and computer science increased, with Vitaly even asking for extra lessons!

“Through the Word of God and the explanation of the Gospel, Vitaly began to realize that people were not against him and that God was for him.”

Before war broke out, Vitaly was in the sixth grade. He was a very responsible student and never missed a lesson. Unfortunately, the war has halted some of Vitaly’s learning and has forced his family to flee the region as refugees, again leaving him with his grandmother in Ukraine.

Although this has been an incredibly difficult time, Vitaly has remained positive. Distance learning has not been possible, as he does not have access to his own computer, but Vitaly has not let go of his biggest dream of finishing school.

He said, “I would like to be a programmer and create computer programs for games. I know that this requires a lot of learning and a good computer … I believe that God will help me.”

Vitaly’s story is not isolated. There are many children like him across Ukraine who have had their lives turned upside down over the last few months. Yet there is still hope!

Through the faithful support of Orphan’s Promise partners, training centers and School of Life programs continue to support children across Ukraine, even in the face of war. Because of your giving, this is not the end to their story.

support our work in Ukraine

Continue to Stand With Ukraine