Orphan’s Promise is working in Peru to rescue young women who have been abused and abandoned. Hope House is currently a place of restoration and refuge for 11 young girls with histories of being physically abused, sexually molested, trafficked and neglected. The goal of Hope House is to provide an environment where these girls can feel like they are finally part of a safe, loving family. It is critical that we are able to meet all their basic requirements, such as food, safe housing, clothing, and education, as well as their spiritual, emotional and psychological needs. This month, we want you to meet two young ladies whose lives are being changed at Hope House because of your willingness to say “yes” to their futures. Meet Craili and Cecilia.

sold by her family and left for dead 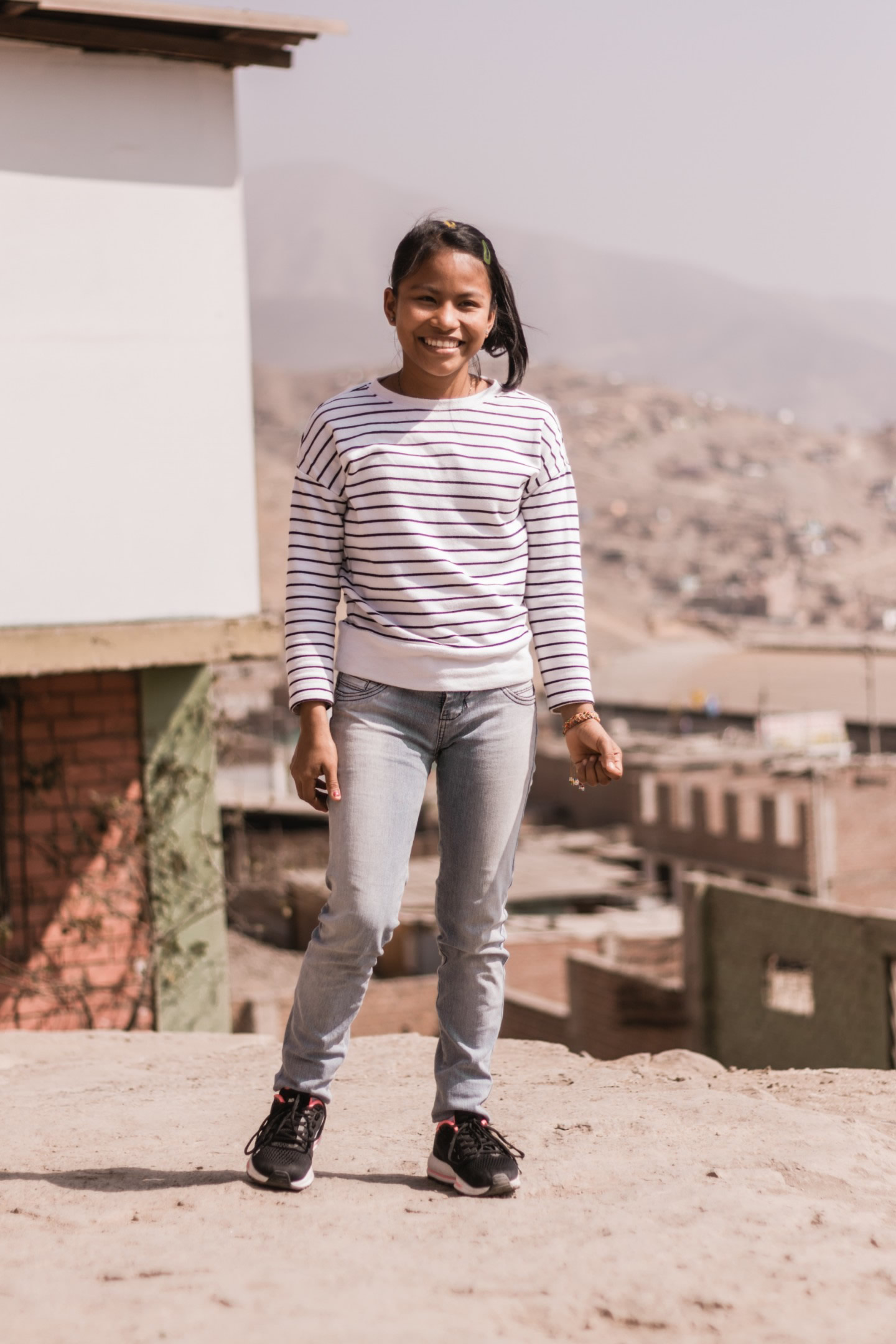 Craili is 13 years old and comes from a challenging background. She is the oldest of seven children—she has six younger brothers—and when her parents were going through a very difficult financial situation, they decided to sell her. In this way, young Craili became a victim of labor and sex trafficking.
Can you imagine being sold by your own parents?

The innocent child was taken to Lima, where she began to be physically and sexually abused by the family that had bought her. At one point, after abusing her, her “owners” locked Craili up in an empty apartment and left her for dead, hoping the local authorities would never discover out all the unspeakable things they had done to her.

By the grace of God, Craili was rescued. When she arrived at Hope House, she was very withdrawn and would not look our staff members in the eye. She never smiled, she rarely spoke, and if anyone got too close to her, particularly men, she would become hysterical. The abuse and past experiences had created very deep scars within her. 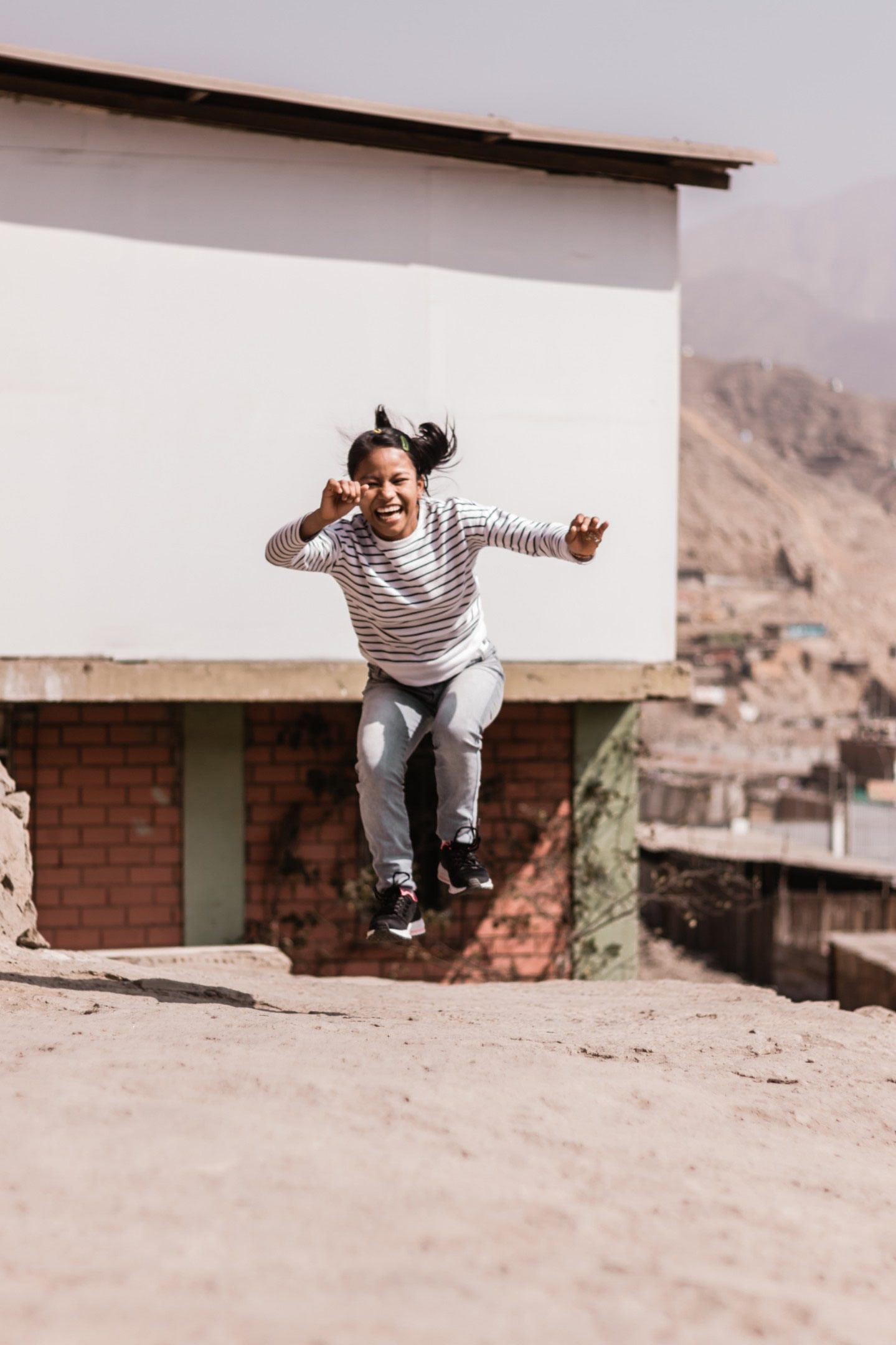 Praise God! Today, nine months after entering Hope House, Craili is a new girl—from working daily with our psychologist, receiving lots of love and prayer from our staff and, above all, experiencing the power of God. Healing is still a process and something that God will continue to work out in Craili’s life, but today she is a happy girl. She smiles, looks at our staff and her housemates in the eye, and interacts with people of either sex without a problem. She had never been taught to read or write but now is learning to do both, which will allow her to start classes at the local school beginning in August! 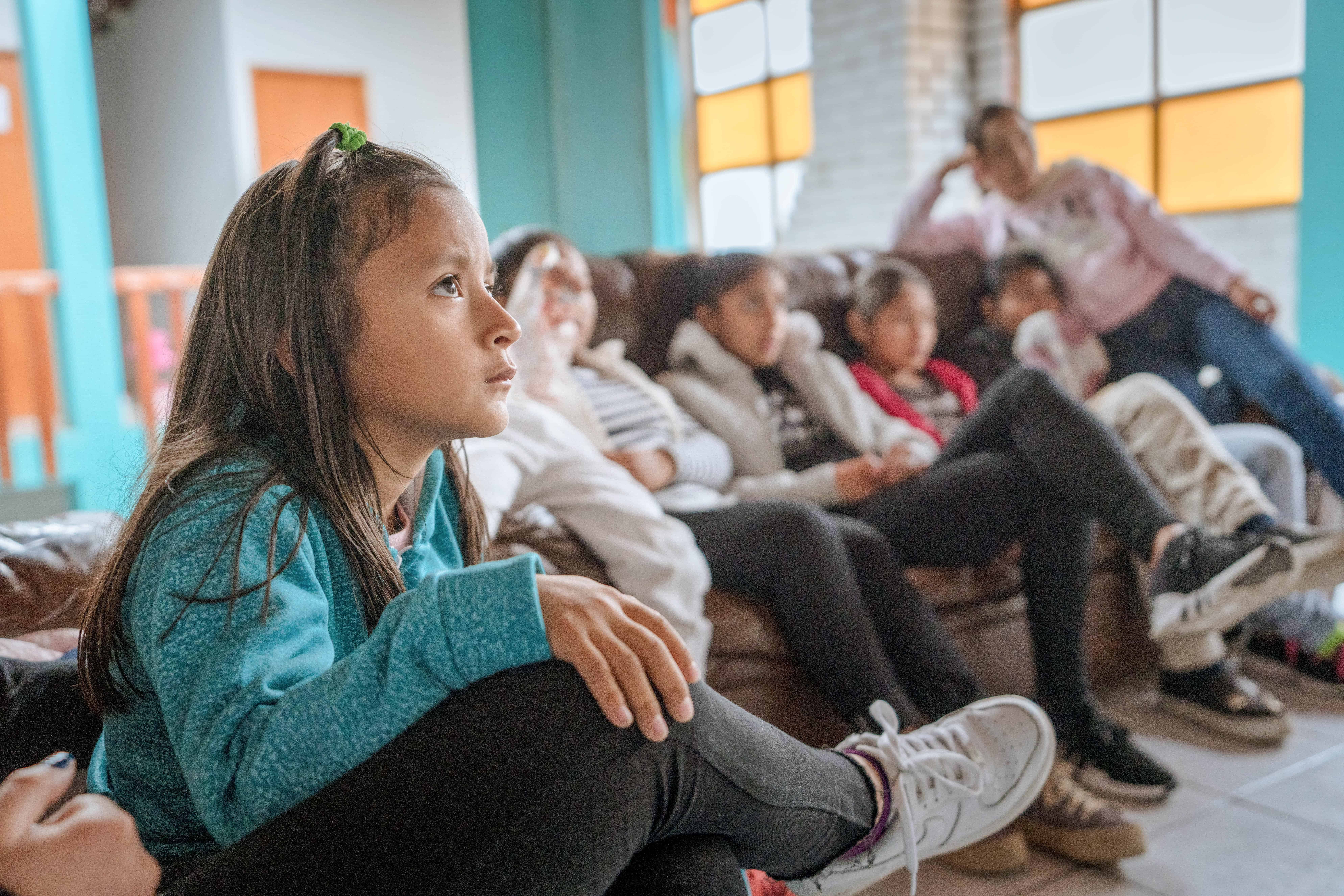 Craili is taking sewing classes and learning to make her first pieces of clothing. She is very excited about this new endeavor—and in the future, she has begun to dream about for herself. She wants to be a teacher someday and is eager to study and continue moving forward. We are 100 percent sure that God will finish the work He has started in this little one, and we are very excited to be part of her story.

no longer identified by her disability 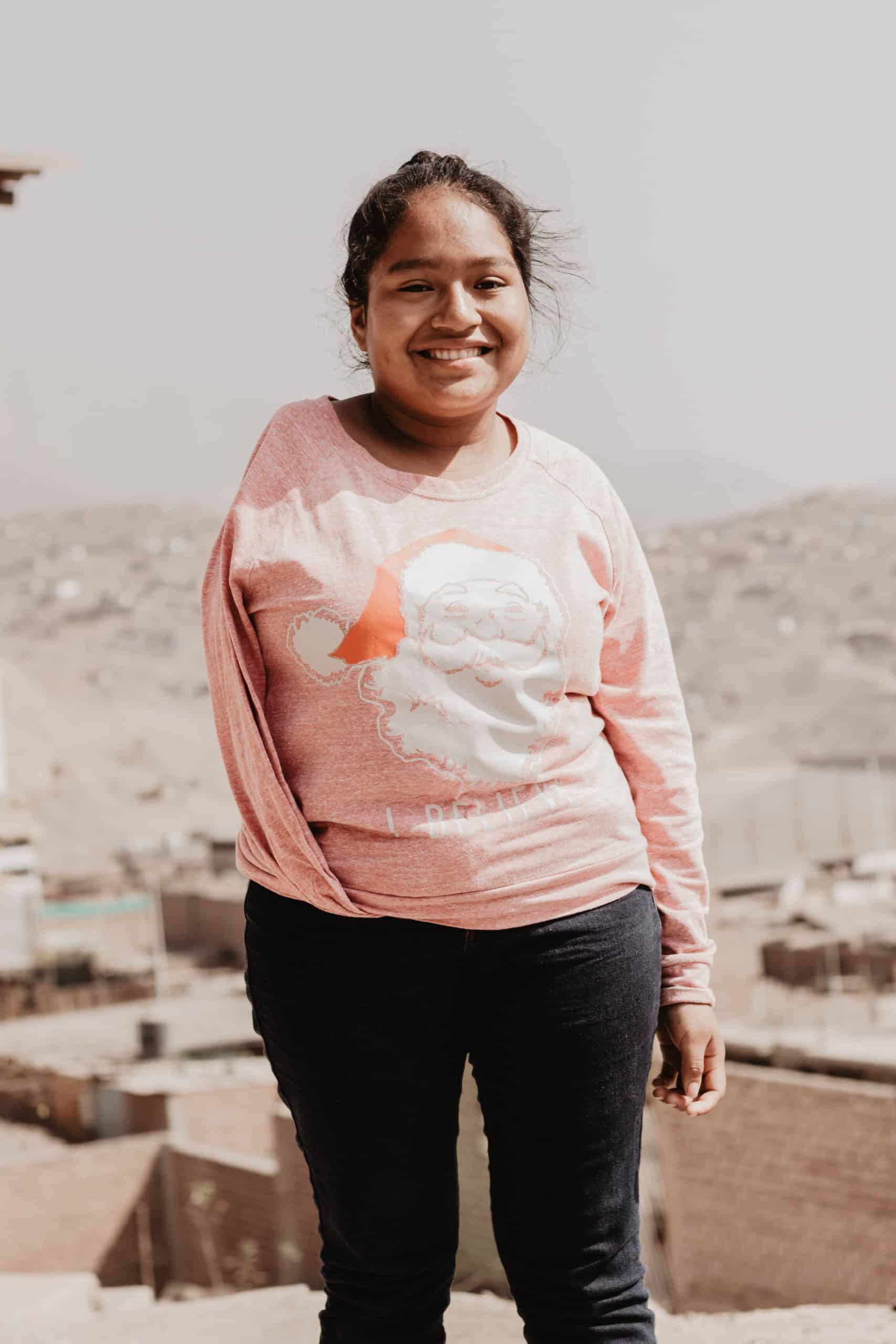 Fourteen-year-old Cecilia comes from a very traumatic situation. She was born with only one arm, and because of her handicap, her family didn’t want her. They left her like a piece of trash on the side of the road, expecting her to die. Thankfully, neighbors found her and called the police, who came and rescued her.
The baby girl was taken to the hospital and then to an orphanage—the first of many over the years. In one of those orphanages, she was sexually abused by a staff member, and after the assault, she came to Hope House. It soon became obvious that Cecilia had no self-esteem; she thought she was worthless because of her disability. She knew nothing about the God that created her just as she is. 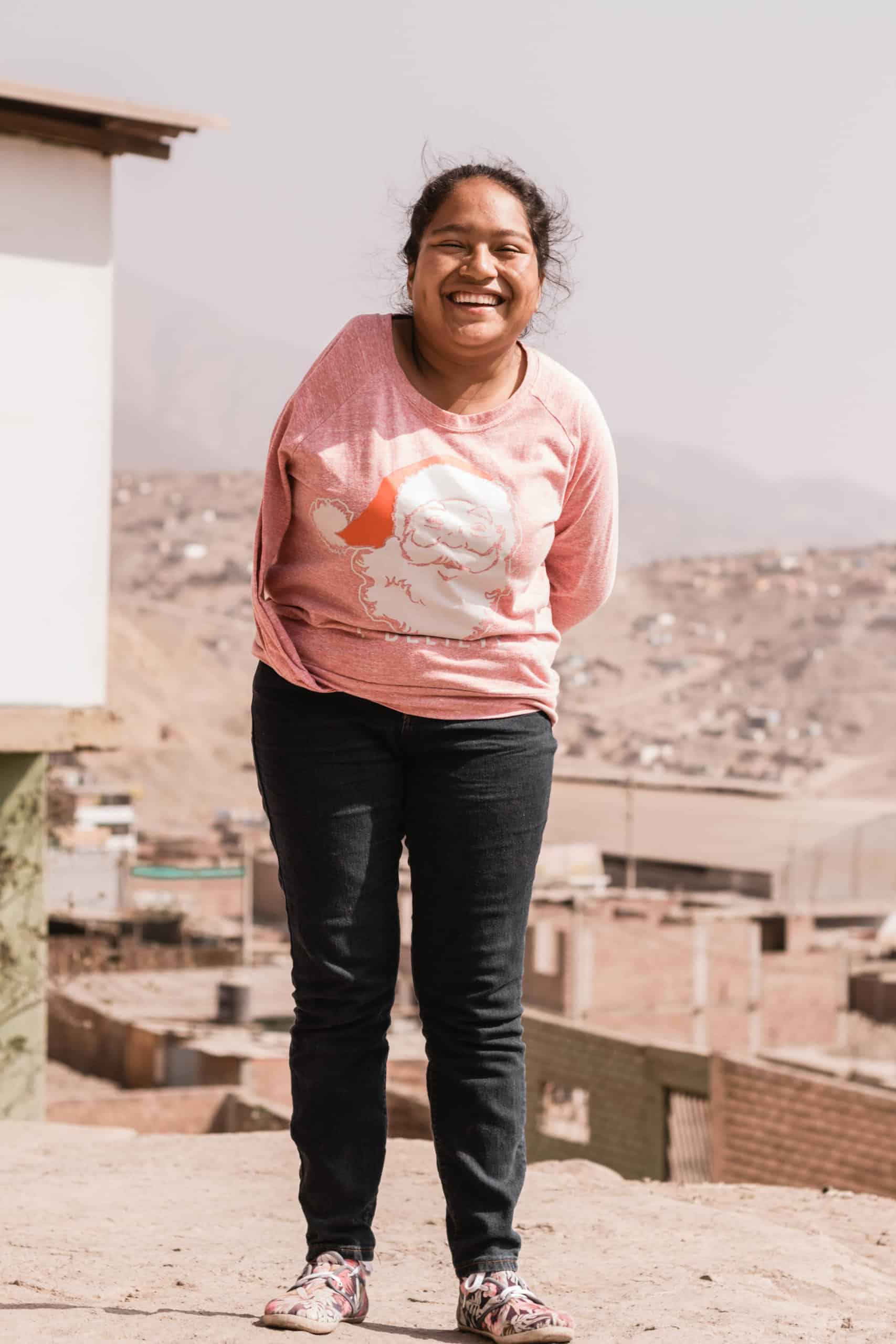 It’s been almost a year since Cecilia arrived at Hope House. She has spent time daily with counselors, and she has experienced the transforming love of God. In a conversation with our staff last week, she told them that her favorite activity is playing volleyball—which she excels at—because she can overcome her limitations. Cecilia feels that she finally has a family—people who actually love her for who she is and are here for her unconditionally. God continues to work on her, and healing takes time, but it is incredible to see just how far Cecilia has come. She is a no longer sad and distant. Unafraid of what people will think or say about her, she loves to joke and have fun.

Cecilia wants to be a police officer when she grows up so she can help other kids who are suffering—just as the policemen helped her when she was left as an infant to die. We are sure that God will finish the work He has started in her life.

you can be the hero
in these girls’ stories!

be a hero today!